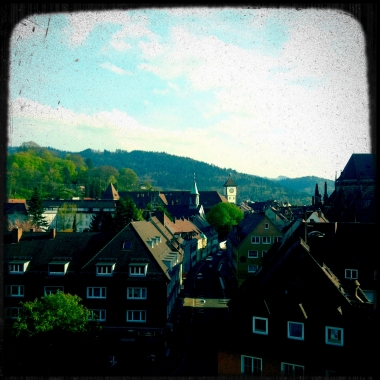 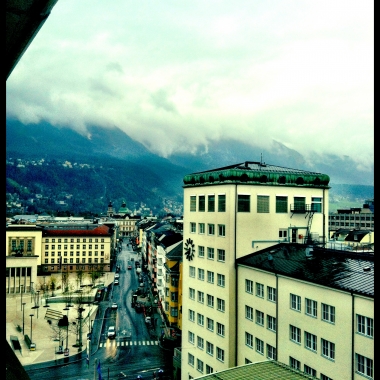 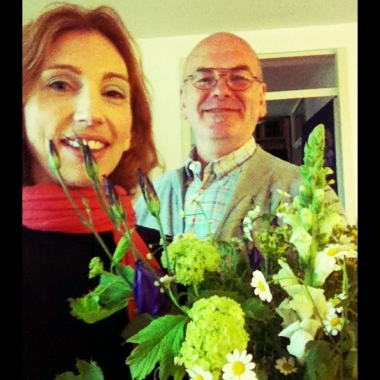 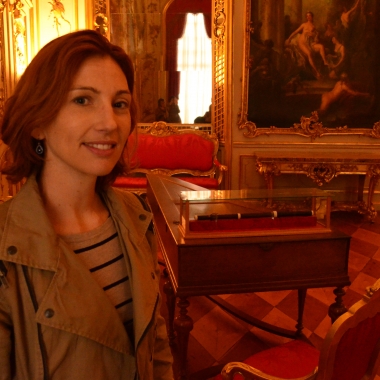 Well, I have come back from the study trip of a lifetime!

People keep asking me ‘how was your trip?’ and I must say I’ve found it difficult to summarize such an adventure in a few sentences.

My idea for this trip came out of the need to find solutions to questions regarding aspects of period flute playing that I’ve tied myself in knots over for years – and a desire to discuss these ‘problems’ with some of the world’s best traverso teachers. If you’re uncertain what ‘traverso’ means, it is simply a concise way of labeling side-blown flutes (baroque, classical flutes etc) as opposed to end-blown ones (recorders) which were also referred to, confusingly, as ‘flutes’ in the late 17th and early 18th centuries.

Our Artistic Director Paul Dyer was very supportive of my ideas, so after much thought I evolved an actual plan. My aim was to have a concentrated period in Europe devoted to developing my playing, absorbing knowledge and gaining inspiration from three very fine tutors – Karl Kaiser, Wilbert Hazelzet and Thies Roorda – plus a chance to watch one of the world’s finest orchestras in rehearsal and concert, Freiburg Baroque Orchestra.

Finally too, a long-awaited chance for me to visit the Sans Souci Palace in Potsdam, the summer residence built for Frederick the Great, King of Prussia, a centre for much fine flute playing and composition in the eighteenth century.

I was supported by the Australia Council’s ‘Skills and Arts development’ grant program, which funded part of my trip. I was then given added support through the Friends of the Brandenburg Orchestra and the Brandenburg International Baroque Study Program which is supported by individual donors. Thank you, thank you to everyone involved in funding my study trip!

So, my European journey began…

Frankfurt leg of the trip

It all began in Frankfurt, Hesse, Germany on the morning of Monday April 9, which also happened to fall on Easter Monday. This was the perfect ‘transitional’ jet-lagged arrival day as the usually crammed town square was totally deserted.

It was here that I had to ask the grumpy concierge, auf Deutsch, how on earth I could find Herr Kaiser in such a confusing building – in the end the concierge understood me and I found my room, with one minute to spare before my lesson began!  I was excited to see some big names of the German Early Music world written in plaques on the enormous green doors of the Early Music Department.

My private traverso lessons with Karl Kaiser were to be in German, as it sat more comfortably for Karl to speak fluently in German than in English (though it seemed perfectly good to me!) and I could understand MOST of what I was being told, remarkably – in the context of a musical lesson with musical technical terms, I guess this isn’t too surprising. My other secret up my sleeve was to record every lesson (these I have played back many times already).

The first two lessons covered French music followed by Bach, and within those, much discussion about articulation, sound production and interpretation.

Freiburg leg of the trip

Freiburg is the prettiest town I’ve been to in my life. I was so excited to be there – it’s well known as having the best climate in Europe, down in the South, near the French border and only 1 hour from Zürich to the south. I’d also saunter along quite happily, passing many strudel shops and pretzels and delicious looking wheaten bread on the way to the Freiburg Hochschule, where I had a lesson  with Karl on the Vivaldi concerti.

On my return trip I did get lost but remembered the beautiful Muenster in the heart of the old city could guide me back to my hotel.

I woke early to my next lesson on the 8-keyed late classical/Romantic flute, at Karl’s apartment, not far from the Hochschule.  He lives in a row of delightful very tall 19th buildings and I was able to spend the day there to practice, which I thought a very kind gesture.

Innsbruck and return to Freiburg

I spent one day devoted entirely to seeking out Rudolf Tutz Junior, of Musikhaus Tutz,  to have my 8-keyed flute serviced (screws tightened, grease and oil change) but I was also there to collect the orchestra’s Tutz piccolos which had needed repairing. Tutz is a very famous musical destination for wind players!

It was an icy cold day with gusts of freezing cold wind but despite this, I explored the heart of the pretty town while my flute was being attended to.

Back in Freiburg I attended FBO’s first rehearsal, knowing I would see this concert a week later, in Berlin. This was for a of a series of particular interest to me as it involved a double flute concerto by Galuppi and various other arias with some beautiful wind writing. I watched their rehearsal techniques closely and noted how similarly they worked to ABO. The interaction between the cello section and the winds was interesting – they were brutally honest if something didn’t sit so well!

I cut it fine to my lesson with Wilbert having got totally lost around the centre of The Hague. He is as everybody describes him – a perfect gentle man, in both senses of the word.

This ‘Dutch style’ of playing is a more familiar approach to me than the German as my teachers 15 years ago taught me in this style. However, I’ve always admired the German style of playing too,  which is why Karl I chose as my premier teacher for this trip.

It was a blast being at this famous Konigklijk Conservatorium – a mecca of Early music study. I had two intensive sessions altogether from Wilbert – a less technique-focused, more ‘find your way as you go approach’ which is more like my own teaching style.

My final private session was with Thies Roorda, a ‘modern flute’ player and teacher. It was a lesson on how we breathe as humans and how we breathe as wind players, as well as a strong emphasis on posture. It was really a private lecture on the breathing equipment of our anatomy – fascinating!

Another favourite haunt of mine is the Broekmans and van Poppel music shop, a few doors along from the Concertgebouw. Here I was lucky enough to come at a time when there was a sale on second hand printed music! There happened to be two boxes of flute music which was written over the time exactly of my 8-keyed flute and some for my one keyed flutes.

I had come to Berlin for two reasons, to see the Freiburg Baroque Orchestra in concert and on the last day of my trip to travel from there to Potsdam, to see Friedrich der Grosse’s summer residence, Sans Souci.

Well, what a perfect end to a life changing musical adventure. It took my breath away – I really felt all tingly being inside this enchanting space, especially in the Konzertsaal itself. There was his flute (or one of them) on the harpsichord in the room depicted in Menzel’s painting  ‘Frederick the Great in Sans Souci’. Many times as a child I’d seen this and wondered about the story behind it – who was playing, and where this beautiful room was.

So, my musical  trip had come to an end. I was both distraught to leave all that remarkable history and sense of culture behind, but also felt very ready to return to my home, Australia and of course to my family.

It hit home more than ever how privileged we are to live in such a fine country with its own wealth of history and its own unique things to offer. Musically, I believe we offer a unique freshness to the revival of the music we play, something which can potentially be lacking in more established orchestras in Europe.

I feel incredibly proud to be a member of such a fine orchestra as the Australian Brandenburg Orchestra.